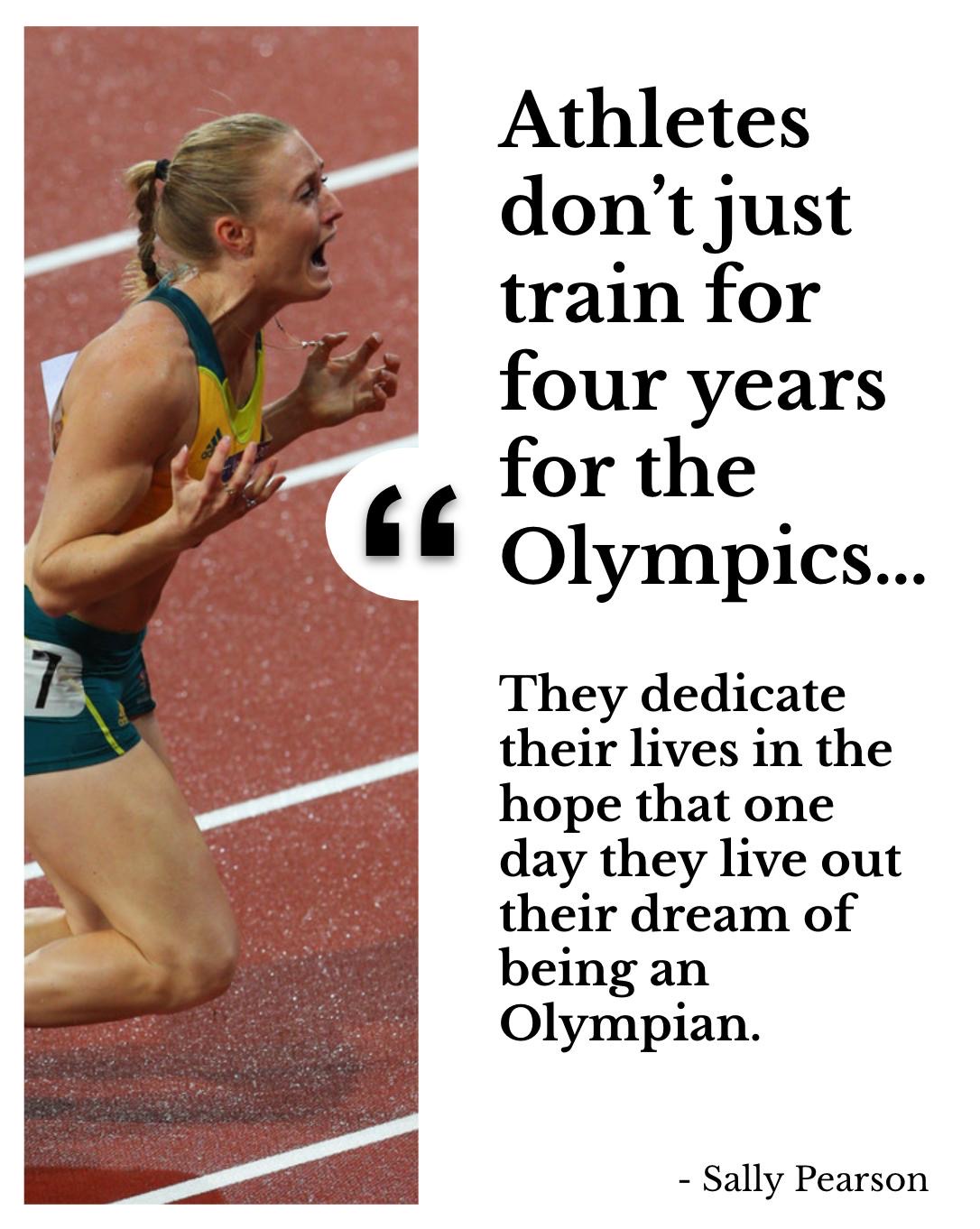 It’s easy for anyone not training for the Olympics to suggest the IOC either postpone or cancel the 2020 Olympic Games in Tokyo.

However, for the many athletes that are training or at least doing their best to train for the biggest sporting event in the world, this is their life.

Athletes don’t just train for four years for the Olympics, for most of the athletes, they dedicate their lives in the hope that one day they live out their dream of being an Olympian or to stand on the podium as the champion.

This is a strange year because I have read a lot of posts from athletes themselves stating that the Games need to be postponed and that they will understand if the games don’t go ahead……. WHAT??!!

As a former athlete you would’ve never heard me say that, but as I said, this is a strange year, this year is not about the Olympics anymore but about the public health and safety of the whole entire world.

It’s hard to comment on if I think that the Olympics should go ahead or not because I haven’t been spending my days training for it, but I do understand how disheartening it must feel when the preparation you have done is slipping out of your body, the body that needs to be at its peak to have a shot at being an Olympian.

Athletics, at this time, qualifies for the Olympics either on a performance qualifier or a points system.

I understand that the situation changes everyday, throughout the day, so it’s impossible for anyone to be able to even suggest a date in the future for any sporting event to go ahead.

Other possible competitions that give some Australian athletes an opportunity to qualify have either been cancelled or postponed until after the Olympic Games.

Some competitions have been suggested to start in June, which might give some athletes a chance to qualify, but still leaves a lot of athletes in limbo.

I don’t have any answers here but I am eagerly waiting for the sporting federations to publish the new qualification systems for their sports.

If we can’t have dates for new competitions, we could at least have an idea of how the athletes are to qualify for the biggest sporting event in the world, the Olympic Games.